When sharing photos on the Internet, there can sometimes be a problem with proving authorship, resp. ownership of a specific photo.

How about creating a token that is tied to a specific photo? In the blockchain, there would be practically permanent and unchangeable information about who is the author of the photo. And whoever buys such a token, on the one hand, has proof that he is the rightful owner of the work and also has proof that he is buying the original. All transactions can be traced in the blockchain, from the current owner through possible resellers gradually to the author.

This is nothing new, this thing has been around for some time. This is called NFT (Non-fungible Token) and there are a number of servers where authors can 'tokenize' their works and potential buyers buy them, respectively. trade with them - for example makersplace.com but also many others.

In the HIVE ecosystem, Lensy for photography and NFT Showroom for drawings, illustrations and other digital creation provide this functionality.

I'm taking pictures, so I was interested in Lensy (and more information will be just about him).

In order for a photographer to 'tokenize' his work to Lensy (and those interested in buying his work), he must, of course, be at Hive. Second, he must have some funds in his wallet for Lensy (traded with SWAP.HIVE). Third, the photographer must register with Lensy. Part of the registration is a presentation of the work - Lensy guards a certain level, and just doesn't take someone as an author. On the other hand, when they took me too, the bar isn't very high :)

You must pay 5 SWAP.HIVE + 1 SWAP.HIVE for each subsequent issue of the same image. So if I want to offer three copies of a photo, I'll pay 7 SWAP.HIVE for their issue. Paying for the display of photos makes sense - it limits the authors' flooding of Lensy with poor quality waste. If I already pay for the exhibition, I will try to put quality content there that has a chance to be sold.

The sale price is at the author's discretion - typically Lensy is between 10 and 40 SWAP.HIVE (but someone offers for more, the question is whether he sells). Lensy takes a commission from the shop, I think 10%.

Of course, it is possible to continue trading with the purchased photos - I can imagine, for example, that someone will reveal the beginning talent, buy his photos and if the author is successful (and famous), he will sell his photos at a profit. Other ways to buy photos on Lensy are talent support, patronage, or just making it fun.

'Tokenization' of photos is not copy protection and does not prevent their further distribution on the Internet, whether legal or illegal (this cannot be prevented in fact) - in fact, millions of copies of a photo can run through the network, but only those with a token are guaranteed authenticity. . That philosophy is not to prevent copying or sharing, but to confirm authenticity or ownership. This can be compared to the fact that there may be millions of copies of Mona Lisa in the world, but only one, in the Louvre, is guaranteed to be genuine. 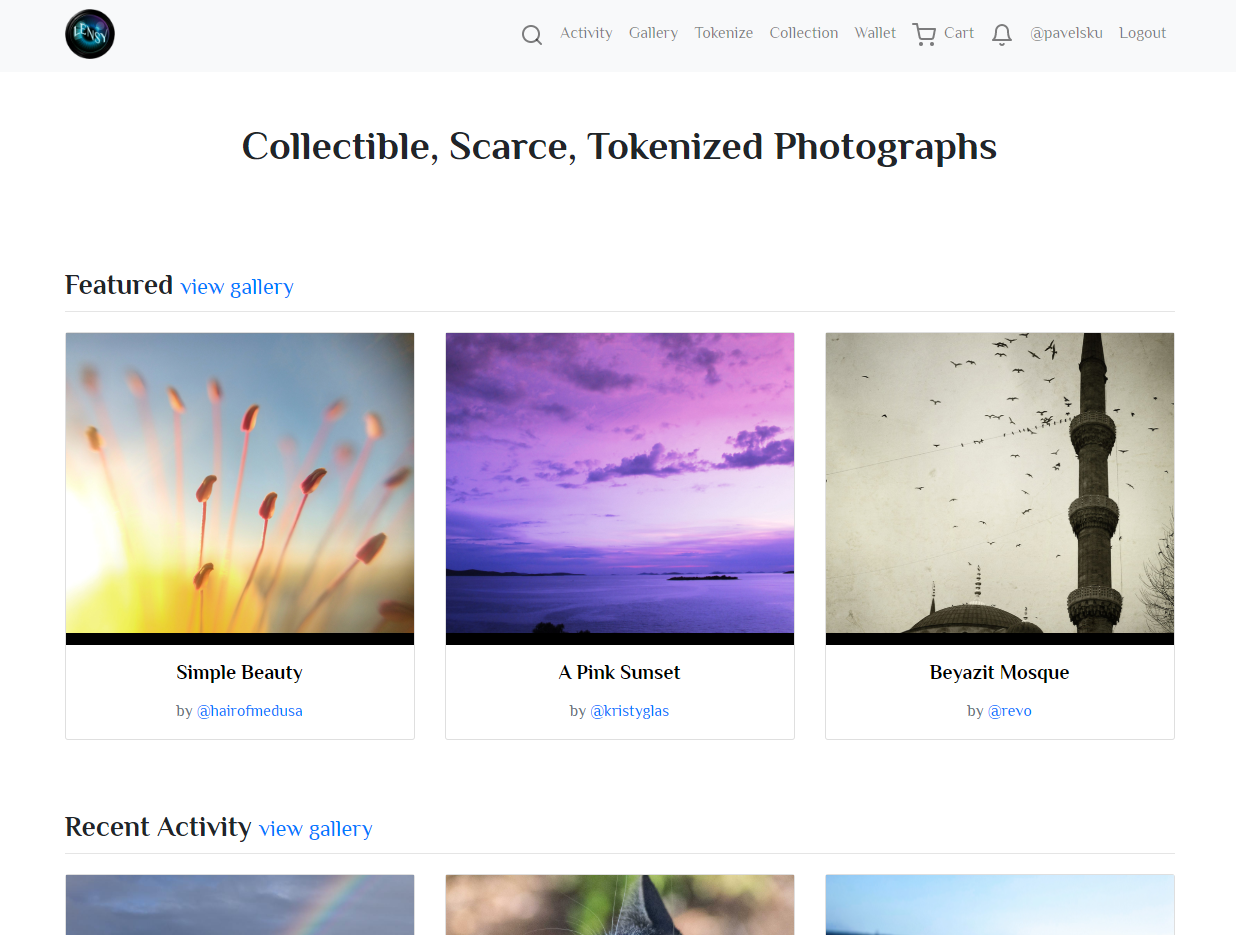 You can login with your Hive account using secure Hivesigner and interact with this blog. You would be able to comment and vote on this article and other comments.